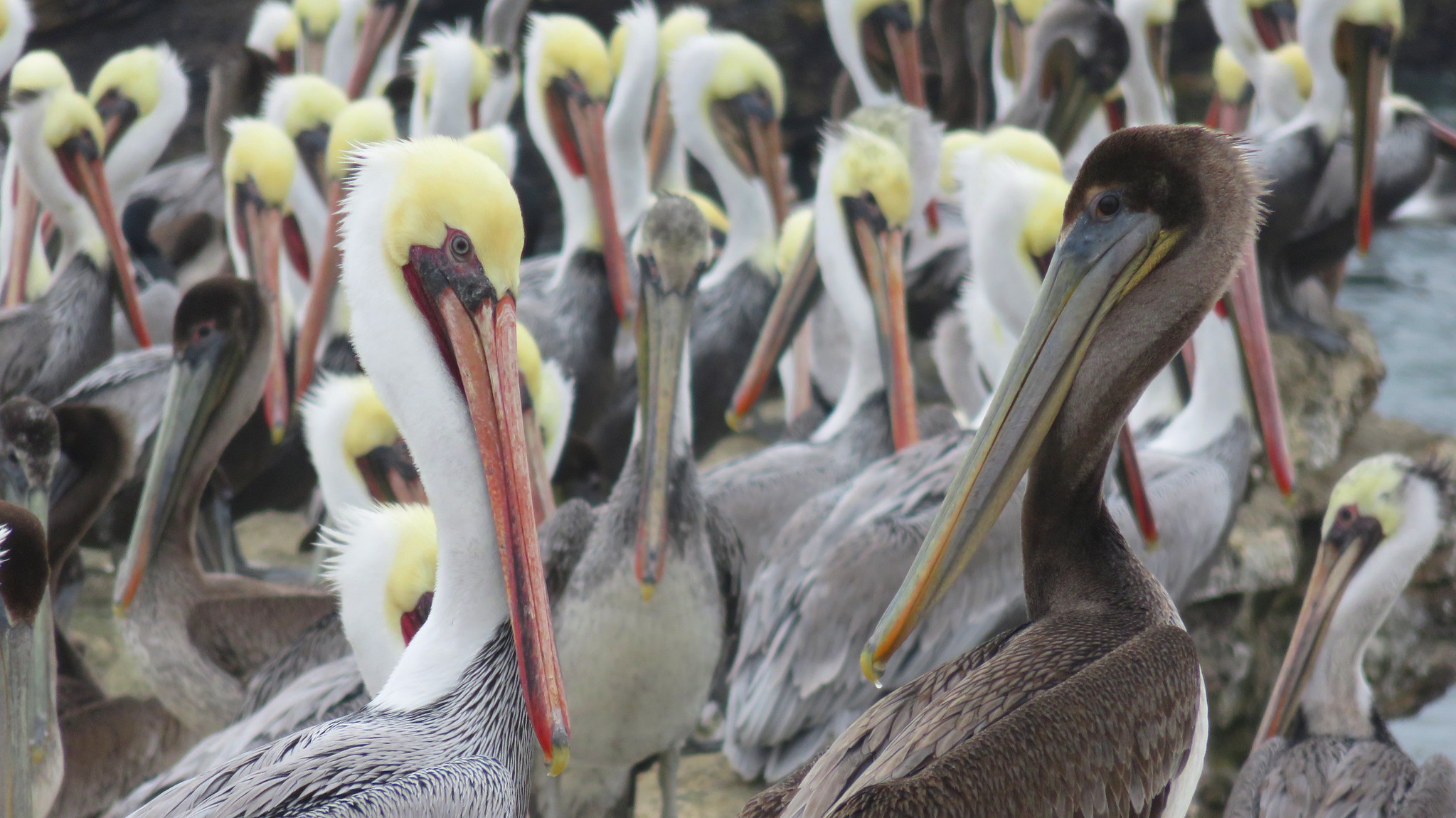 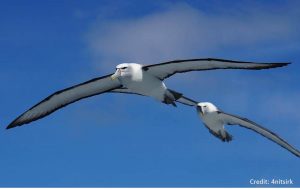 Importance: Of all vertebrates, seabirds are one of the most threatened groups worldwide and are the most threatened marine group. Seabirds, which largely rely on islands to breed and forage in the marine environment, make up 25% of all known marine extinctions.  They play important roles in regulating island ecosystems and consume fish on the order of global fishery landings. Humans have relied on seabirds for centuries for fertilizers, as indicators of schooling fish, and as a food source.

Threatened: Seabirds face a variety of threats on islands and at-sea. Islands, which represent 5% of the earth’s landmass but 20% of global biodiversity, concentrate threats to nesting seabirds such as invasive species and disturbance. At sea, seabirds encounter threats such as plastic pollution, over-harvesting of fish species, and accidental capture in fisheries, known as bycatch. Understanding the severity of different threats helps governments and conservation groups decide which conservation measures would be most effective. 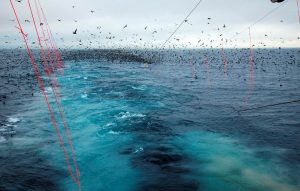 While invasive species have the greatest impact on the number of seabird species, fisheries bycatch represents the greatest threat to seabird abundances worldwide (Fig. 1). Over 60% of seabird species have documented bycatch interactions and an estimated 180 million seabirds are currently exposed to the threat. Data is lacking for many fisheries, especially in small-scale and illegal, unreported, and unregulated (IUU) fisheries, but the severity of the impacts from large-scale and small-scale fisheries is thought to be of similar magnitude.

Opportunities: Although many invasive species eradications on islands have occurred, there are currently 743 islands with invasive mammals and prioritizing eradications continues to be a priority for reducing land-based risks to seabirds. To reduce the threat of fisheries bycatch, measures to reduce bycatch must include regulatory, peer-to-peer, and market-based incentives. However, without knowledge of where and at what scale bycatch is occurring, it is impossible to adequately address the threat. As a result, it is imperative to document the extent and scale of bycatch, especially in small-scale and IUU fisheries, a range of gear types, and in non-transparent fleets. Lastly, as threats such as climate change are predicted to increase, prioritization of threats must be reassessed as their severities change.