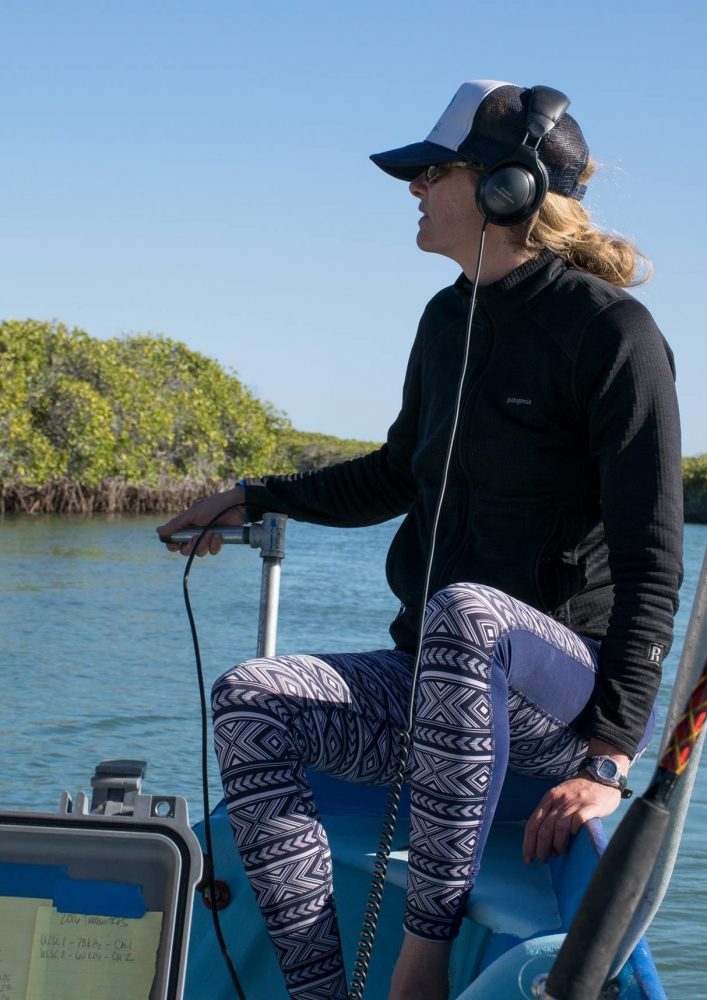 Kelly joined the Conservation Action Lab in 2002 to run the Center for Integrated Marine Technologies Wind to Whales program. In 2005 Kelly started a Master’s Degree in Ocean Sciences using seabird data from the Wind to Whales program and the BeachCOMBERS beach walk program. Upon completion of her degree Kelly continued to work in the lab on the Conservation Measures project and the Threatened Island Biodiversity Database project. Kelly developed multiple databases still used by CAL including the Threatened Island Biodiversity (TIB) database, the Conservation Monitoring database, and the Island Eradication database. Kelly also is the project manager for the Mobulid Ray Research Project where her & Don have been tagging and tracking Mobulid Rays in the Gulf of California since 2005. Currently, she has expanded the TIB database to include seabird demographic data and seabird population sizes on islands for inclusion in the Seabird Population Viability Analysis project. In addition, she assists graduate students with database management, data analyses, and map creation.