Bycatch: Where Fisheries and Conservation Meet

Fisheries don’t just catch fish. In fact, up to 40 percent of the world’s fisheries catch is wasted. This accidental ‘bycatch’ kills long-lived marine megafauna species, like sea turtles, seabirds, marine mammals, and sharks and rays. However, because much of bycatch happens at sea, beyond the reach of regulators, it is poorly studied and presents huge problems for marine conservation.

Besides posing a threat to vulnerable species, bycatch is a problem for people. By removing important species, bycatch can damage ecosystem functions that human communities rely on, and pose reputational risks for fishers who want to sell their catch. This can impede access to sustainability certifications and lucrative international seafood markets. Bycatch is a particularly pressing problem in fisheries that use non-selective gear like gillnets, driftnets, trawls, and purse seines. 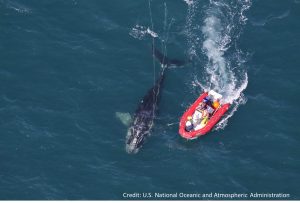 Industrial versus artisanal. Overall, bycatch rates are at least eight times greater in large, industrial fisheries than in small-scale, artisanal fisheries. However, some research has shown that even at very small scales, bycatch can have disastrous impacts on local populations of threatened megafauna. Bycatch data for artisanal fisheries is often anecdotal and notoriously sparse, a glaring knowledge gap for research.

At the industrial scale, fisheries that target economically valuable predator species like tunas and swordfishes often use gear type and fishing methods that have the highest bycatch rates. Industrial tuna fisheries, which fish across 90% of the ocean’s surface, have relatively high bycatch rate and consolidated, centralized governing bodies, presenting the potential for high-impact bycatch conservation.

In both of these types of fisheries, illegal, unregulated and underreported (IUU) fishing activity poses a particular threat, as bycatch risk is likely high, but often difficult to quantify. These IUU fisheries are increasing globally, and their bycatch problems are likely to worsen with this expansion.

Which species are most at risk? Bycatch primarily drives population declines in long-lived, slow-reproducing and late-maturing species. In some cases, as in that of the vaquita porpoise, leatherback sea turtle, wandering albatross and others, bycatch can also be a main driver of local or global extinction. More endangered and critically endangered elasmobranchs (sharks and rays) are impacted by bycatch than any other taxonomic group. While most bycatch research occurs in marine systems, freshwater bycatch is an understudied yet likely important threat, particularly for endemic species with small home ranges. 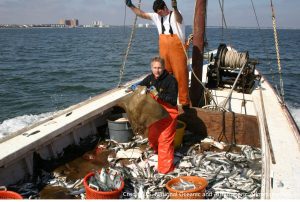 Conservation solutions. Many tactics have been tested to reduce problematic bycatch. Innovations in fishing gear, including using lights on nets to deter non-target species, circular hooks and excluder devices to avoid sea turtles, longs streamers on boats to scare birds away, and other technologies can be effective in reducing bycatch. Other approaches have included market-based instruments to promote sustainability, like offering seafood certifications for fisheries that minimize bycatch.

Science-based bycatch limits, stronger enforcement, monitoring, and compliance, and spatial and temporal closures of bycatch hotspots are some of the most effective ways to reduce problematic bycatch. Most of all, scientists and fisheries managers must work together to quantify the impact of bycatch on threatened species, and to enact solutions that are science-based, aligned with fisher incentives, and meaningful to reducing problematic bycatch.